Whether you love any kind of hockey or not but when at Toronto you should visit Hockey Hall of Fame.  You would say as the name suggests it is all about Hockey. Yes it is about hockey which form most of the reasons to visit but there are other astonishing as well as amazing reasons that will really stand your hair up when visiting this great hall of fame. Let us see the 15 best reasons to visit this hockey hall of fame.

1. Hall of fame and Bank of Montreal

Hockey Hall of fame was earlier Bank of Montreal. It was designed in 1885-86 and was the first head of the bank in Toronto. It continued in business until 1982, when it closed, and now houses the Hockey Hall of Fame. The building has two fine monumental pedimented facades with a chamfered entrance bay between them.

The Hall is dedicated to the history of ice hockey and holds exhibits about players, teams, National Hockey League (NHL) records and has the largest collection of hockey memorabilia in the world! There are 15 exhibit areas covering 57,000 square feet with countless items. 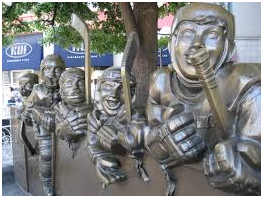 In the early part of this century, there was a robbery at the Montreal Bank branch now that has hall of fame in which a young woman was shot and killed. Her apparition is said to wander around the bank, especially near the area where she died –the vault. Seems true? 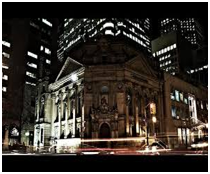 There was a teller in the bank of Montreal (now Hall of Fame) named Dorthy who took the bank’s pistol, went upstairs and shot herself over a love affair gone bad. You can now find a woman in old-fashioned dress appearing near the offices and vault, and also poltergeist activity, such as lights going on and off and doors opening, closing and locking by themselves.  Don’t be afraid if you notice several cold spots in and around. Having Goosebumps? Now you believe Hockey hall of Fame is not any ordinary thing to visit

Frank Darling (February 17, 1850 – May 19, 1923) was a Canadian architect and key player in buildings built in Toronto during the early 20th century. He was a promoter of the Beaux-Arts style. He was the one who architected the Montreal Bank now Hockey Hall of Fame. 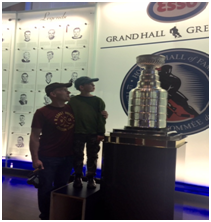 Wanna touch and feel the Stanley Cup? It’s away from the Hockey Hall of Fame 300 days a year. Not too many people know that the cup has been getting the white glove service since 1994. In 1995, the New Jersey Devils started the tradition of letting each player from the winning team host it in their hometown for a day which is why it’s away from the hall so often. If you are lucky on your time and day of visit you can touch it too! 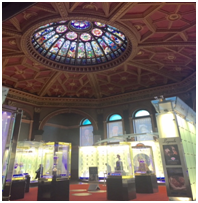 The hall was originally built in 1885 but in 2012, it underwent an extensive revitalization. The Great Hall is also home to all major NHL trophies, the greatest collection of silverware in the world of sports, including the Vezina, Hart and Calder. The Stanley Cup sits in the Esso Great Hall. 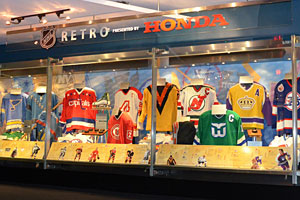 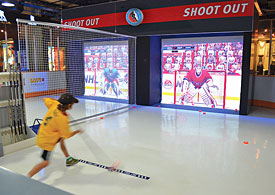 Wanna know what it feels like to get in the net and have a slapshot zing by you? The NHLPA Be A Player Zone has a realistic life-size, live-action hockey challenge! Grab a glove and blocker to feel what it’s like to face hockey superstars Wayne Gretzky and Mark Messier. Their video images fire sponge pucks at speeds up to 70 mph through a number of openings in an 8-by-10-foot video screen. There are three levels of play – rookie, professional, and all-star.

9. You can take your Shot 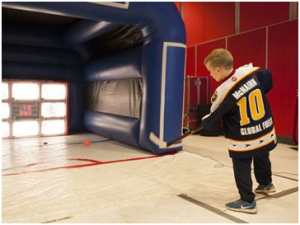 The other a virtual experience allows you to go one-on-one, using real pucks and sticks against a life-sized, computer-simulated goaltender. There’s no extra charge but there could be a long line to get your turn.

So you say you know all about Hockey? Then put your money where your mouth is because alongside both sides of the NHLPA Be A Player Zone are stands that provide seating for 60 fans. It is here that visitors can compete against one another through Game Time Trivia. Eight kiosks await eight combatants as 10-minute games cycle through the day, from a database of over 10,000 questions. 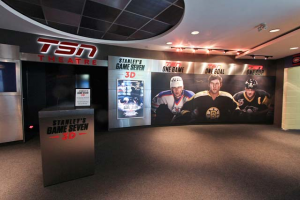 The TSN Theatre is brand new and is a state-of-the-art theatre where they play the original 22-minute 3D film entitled Stanley’s Game Seven. It plays at the top and half past the hour and tells the story of the greatest game on earth as it’s never been told before by celebrating the pursuit of the most iconic trophy in sport — The Stanley Cup. 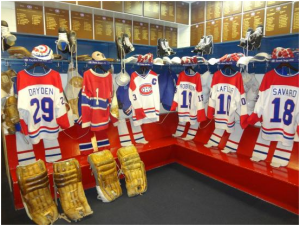 One of the coolest things in the The Hockey Hall of Fame is the Montreal Canadians Dressing Room exhibit. It’s a to-scale replica of the renowned space within the Montreal Forum, which was home to 23 Stanley Cup champions between 1924 and its closing in 1996. Player stalls commemorating some of the greatest Habs, including Lafleur, Plante, Beliveau, Dryden and Morenz, encircle the area.

Afraid of Hockey Stick? If that’s the case then go into the EA Sports NHL Slapshot Zone. There are four gaming stations, which accommodate up to eight players and are the perfect spot to challenge your friends and family to have a classic 5 on 5 battle in a video hockey game. 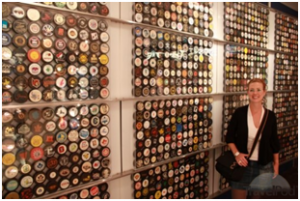 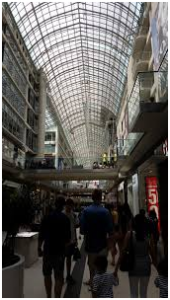 The Hockey Hall of Fame is located inside Brookfield Place so if you are  getting bored, you can go shopping while you explore the rest of the Hall. There are also plenty of places to eat in the mall so it’s a perfect place to stop and have lunch before or after your tour of this amazing place. 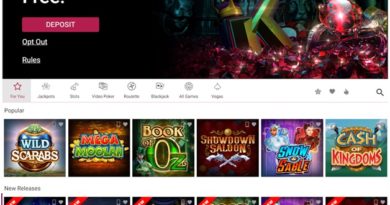 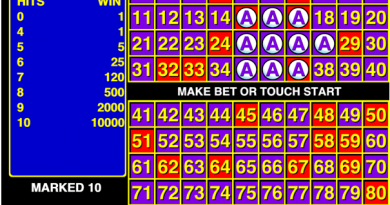 How to play four card keno and how to choose Keno base numbers in the game? 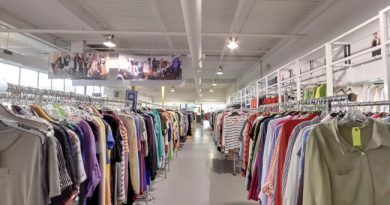