Almost all Keno games, be it video games or lottery keno games are all about numbers. Like Bingo this game of chance is number game and all you have to do is to select winning numbers wisely and if they match with the numbers rolled out you are a winner.

However, choosing the right numbers can be tricky. Critics argue that no amount of superstition, stargazing or strategy will help a player gain an advantage in a lottery, because the odds are against you. This isn’t entirely true however, and the clever minded have even observed patterns in number games such as Keno over extended periods of time. By understanding the odds and potential patterns of Keno, by finding the potential order in chaos, players can gain an advantage when trying to know how to pick Keno winning numbers.

At online casinos Keno is lot of fun to play and simple to learn.  Even progressive keno offers enticing rewards and potentially life-changing jackpots.  In Keno, players must select ten numbers from 1-80 in order for a chance to match winning numbers and hit a jackpot. This is performed either manually (using a ball machine) or on a computer (with an internal random number generator or RNG). Keno is played in multiple rounds, and players can choose to participate once or any number of times.

Some Keno operators allow you to pick as many as 15 numbers from the total 80. Each number has an equal probability of hitting and will payout according to how much is wagered (that’s a lotto numbers if you catch our drift). Numbers selected on your ticket are called “spots”, and a total 20 winning numbers known as “catches” are drawn. If all of your spots match the catches, then guess what, you’ve hit a jackpot! Keno is fun and easy, and you can play it as follows:

Choose the numbers you want to play per draw; either 10 or 15 (depending on the operator) and check the listed payouts and odds to help you determine how many numbers to pick, how many draws to participate in, and how much to wager.

You can bet anywhere from $1, $2, $5 or $10 per draw (or round), and the total cost of your ticket is determined by the number of consecutive draws, multiplied by the amount you choose to spend per draw.

You can also add a bonus to your ticket to multiply your winnings by 1.5, 2, 5, 7, or 10 times. Keep in mind however, that when you add a bonus, the cost of your ticket doubles.

Then sit back and watch the draw to see if you’ve won!

Although the probability of accurately picking 10 out of 10 spots is very low, or 1 in 8,911,711.18, it is statistically possible to accomplish. However, the probability of hitting all twenty numbers is nearly mathematically impossible, because the odds are so astronomically high, approximately 1 in 3.5 quintillion (or 3,535,316,142,212,173,800.000). So as you can see, accurately predicting numbers becomes exponentially more difficult as the amount of numbers increases. Remarkably, with increased wagers and multipliers, you still have a good chance of winning big money, which is what keeps players coming back time and time again. Overall, the odds to accomplish a win of any amount in most versions of Keno is 1 in 19. So statistically, it is a better game to play than a mega-jackpot lottery, for instance.

The paytables vary for each casino, and depending on the casino you choose to visit, the house edge can vary greatly (from as low as 4% for accurately predicting the minimum amount of spots to over 35%). Similar to slots , the house edge for a standard game of Keno is 25%. Statistically, every number has the same probability of hitting, regardless of what form of Keno you play, 4-card, online keno casino games or other.

The only major difference between Keno at land casino and playing online Keno for real money is the betting format. A $5 wager applies to your ticket as a whole for classic Keno, and depending on how many draws you want to play your bet amount will change accordingly. If you bet $10 for each round and choose 5 draws, then that’s a $50 bet total.

Keno online operates on both individual draws and predetermined buttons marked “play 5” or “play 10” for instance. Pushing them automatically ensures that you play 5 or 10 rounds respectively according to your wager amount.

Without a doubt, some of the most popular numbers that people choose are their own birthdays, the birthdays of relatives and significant others, as well as anniversaries. It should come as no surprise that the significant events of your lives play an important role in your decision-making and might even bring you  luck. People use the dates of birthdays, day, month or year, because they consider them inherently lucky. There is of course no evidence to back up this claim, but using a birthday or anniversary date has proved lucky for some.

Many players use logic and sense to choose keno numbers. So if you are math-minded, you might be pleasantly surprised to learn that anomalies are measurable for Keno over a long period. For instance, if you were to calculate the frequency of Keno numbers that appear over an extended period, you would find that some numbers might appear with more regularity than other numbers. These are also known as “hot” and “cold” numbers, a factor that can influence how you pick numbers in future rounds.

The number 7 is considered very lucky in North America, which is largely due to due to its regular appearance in everyday life as well as historical references. There are 7 days in a week, 7 wonders of the world as well as the Biblical reference of God creating the earth in only 7 days, and the 7 virtues. Keno players frequently pick the number 7. It is also favored among world-class athletes, such as soccer legend David Beckham (it was his jersey number throughout his decorated career).

Contrarily, the number 7 is considered unlucky in China, because it has the same pronunciation as the word Qi, which means cheating or lying. Some Chinese even consider the 7th calendar month of the year the “ghost month”, and legend has it that lost spirits wander the earth during this period.

In Chinese and Japanese culture, the number 8 is considered very lucky. Its spelling and pronunciation resemble the words “prosper” and “wealth”. The number 8 is popular among “numberphiles” because of its cyclical and harmonious appearance. Turned sideways and the number transforms into the symbol for infinity or lemniscate; representing the harmonious flow of the infinite universe. The most famous example of reverence for the number 8 was during the opening ceremony for the Beijing Olympic Games, which began on August 8th, 2008 at just after 8:08 p.m. (or 8/8/08 – 8:08:08 p.m.). So, it should come as no surprise that Keno players in China will choose this number.

Many countries, particularly Italy and Sweden, consider the number 3 to be lucky. This largely has to do with the significance of the Holy Trinity referenced in the Bible, as well as mathematical significance of the number. The number 3 is a prime number, and three sides form a pyramid. The number is also seen in many religious texts throughout the world, because it represents a symbol perfection, power and hierarchy. It is also a very important number in Norse mythology, for instance, due to its relation with the number 9 (another very lucky number in Scandinavian culture). The idioms “all good things come in threes” or “third time’s a charm” are commonly used in Europe and English-speaking countries. Many players heavily favor it as a Keno winning number.

Triskaidekaphobia is the fear of the number 13. Many countries in the West believe this number to be incredibly unlucky, and it is frequently avoided. This perhaps once again stems from the Bible and the allegory of the Last Supper. Judas, who would later betray Jesus, was the 13th person to sit at the table of the Last Supper. Some references claim that fear of the number 13 dates back even further to c. 1780 BCE. The famous Babylonian text, the Code of Hammurabi, is said to have contained a 13th law that was omitted. Whatever the origins may be, many countries avoid the number. For instance, most hotels worldwide will omit a 13th floor, in horse racing race horses are rarely given the number, and of course Friday the 13th is said to be the unluckiest day of the year.

The Pattern play in Keno

Although Keno games will utilize RNG systems, many players find it useful to try particular patterns when selecting their spots by literally creating patterns on a Keno board or ticket. These include the following:

Sometimes, the best plan of action when choosing Keno winning numbers is to have no plan at all. If you are purchasing your ticket from a local clerk (or online), it might be a good idea to let the computer decide for you. Quick pick features allow players to have a computer randomly choose ten numbers, reducing the potential difficulty for having to pick manually. There are also many random number sequence generators online that can be downloaded in order to help players save time by rapidly picking multiple numbers in succession. This saves players time and allows them to utilize more than just a single Keno draw.

The best way to pick numbers

Finally, though its your own choice to pick winning Keno numbers, but we advise is to pull out the winner’s numbers from the previous Keno lottery winning numbers for at least say two years. Do your maths and find the numbers that come often as a winner. Jot them down in a piece of paper and then apply for those numbers when playing Keno lottery games. Whereas when playing Keno video games at online casinos you cant do nothing much about it as its all RNG system to predict the winning numbers. 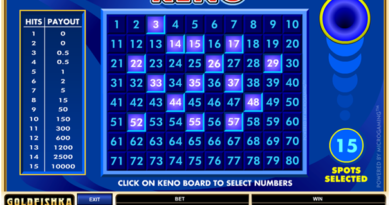 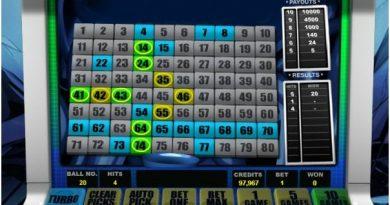 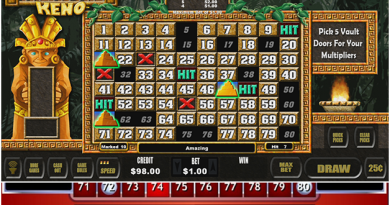 What are animal-themed Keno games to play online?